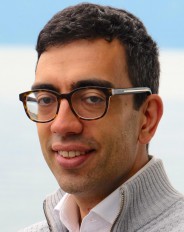 Giovanni Pizzi is a senior researcher in the group of Nicola Marzari and was working for the Platform Project 6 during MARVEL phase I. Since May 2018, he is leading the Open Science Platform. He is also a member of the MARVEL data team.

In 2012 he has moved as a post-doc research scientist in the THEOS group of EPFL (Switzerland). Some of his current research interests include: ferroelectric properties of functional oxides; high-throughput computations and creation of material properties databases from ab initio simulations — he is one of the authors and developers of the AiiDA code; Wannier functions — he is one of the co-authors of the Wannier90 2.0 code — with a particular focus on transport properties.